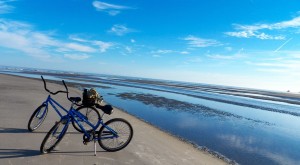 One of the angels that popped into my 2012 was Victor, an older neighbor of my mother’s. Victor has a San Francisco Giants tattoo on the calf of each leg.

He rescued me during the playoffs. I should have known better than to visit his partner during one of the games. But I didn’t. Victor was patient during the first 15 or 20 minutes we were talking, but he just couldn’t stand not having her with him as he watched the game. It took two or three “Come on over here, THE GAME STARTED!” to register.

This morning, on the radio, General Steve Jones, a regular Friday caller, told the show host that he’d received a limited edition Chipper Jones bat for Christmas. This precious 70+ year old caller sounded as excited today as he must have been when he opened the present.

Steve’s bat is #176 out of 5000. When his sons ordered theirs, they got #998 and #999. He went on to say he was going to make a presentation case so that he can hang his prized possession on his back porch. He offered to bring the bat out to a remote the station is doing tomorrow so that everyone can see it.

The point? Victor and Steve are obsessed – consumed, captivated, engrossed, immersed in – with something they love. What are you obsessed with? What would you tattoo on your calf or drive miles to show off to your friends and total strangers?

If you aren’t obsessed, find something that stirs your soul so much you can hardly contain yourself.